Out of all the goals I made this year, the most challenging will be in this area – Social/Blog.

At the beginning of the year, I wrote out and put out for the whole world to see my Year of Twelves – meaning twelve goals of twelve things each.

I’ve gone over eight goals so far in the areas of Intellectual, Physical, Spiritual and Family.

For the Social/Blog area of my life, I intend on completing the following goals for the year:

Notes on Posting My Blog Posts

The best thing about this goal is that I have a reason to crochet.

I would love to be able to use the excuse to people who see me crocheting something, “Oh, yes. I’m crocheting because it’s a resolution to get this project done.”

Here’s just a few things of what I have in the works right now:

This doesn’t even get into the stand-by projects that I have laying around.  There’s still three different afghans I haven’t completed that are sitting in bags in the garage.

Oh and I really wanted to get a “temperature scarf” started for 2016.  You know, because of how cool that would be.  I found a great chart through Pinterest, which led me to Cindy Kuo Designs in Ravelry.  She has a knitting pattern, but I would just do a single crochet line for each day.

As I write this, I’m starting to realize that I might have a problem….

Bah – Everyone needs a hobby right? 😉

There may be some cross-over between the crocheting goal of 12-things and this goal.

I’m also going to include gifts to my children, or at least projects that I’ve declared I wanted to do for them for a while now.

This is most of the small toys collected over the past year or so. I’m hoping to get them and some yarn pompoms on wreaths for my kiddos.

I know I pinned a project a while back ago that I have all the materials for and just haven’t done – creating wreaths out of old, small toys they don’t play with anymore.  If I can accomplish this, that’s three things down and more “stuff” moved around or even gone through and gotten rid of for the home.

There’s also this really great project I’ve been putting off for years for my grandmother-in-law.  Once again, I have the majority of the components to make it, but the time consuming part of going through photos hasn’t been completed yet.  Hopefully this is the year I get that picture wreath done.

If there’s anything I’ve learned for the past thirty-nine years of my life, it’s that I have way to many projects to do and not enough time.  I’m hoping by writing out my intentions for many of these projects, I’ll be able to finish them, not only to give things away, but to get rid of so much stuff just waiting to be let go of in my home.

May you have a crafty rest-of-the-week! 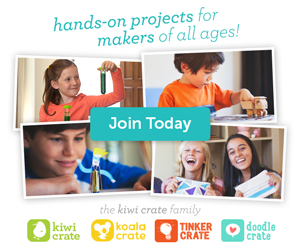 One of the ways I plan on tackling my goal of posting twelve blog posts a month, AND sharing what I have completed or will complete for crocheting projects throughout the year is on Wednesday’s, I hope to post “What’s on My Hook” posts.

Much like the “Hookin’ on Hump Day” trend that Moogly and Petals to Picots started, I hope to highlight my crocheted projects, whether completed or not, on a regular basis – primarily on Wednesday’s!  (Hence the catchy title….)

This week I’m showing off my latest hat using the Accidental Spiral Slouch Pattern.  (The link takes you to Ravelry.)

Thanks for checking this crocheted item out!

I found the link itself on Ravelry, after searching for things with the word ‘spiral’ in them.

Please feel free to follow me on Pinterest for more crocheted projects and things I do/want to accomplish with my crafting!